You are here:
Press releaseRacing 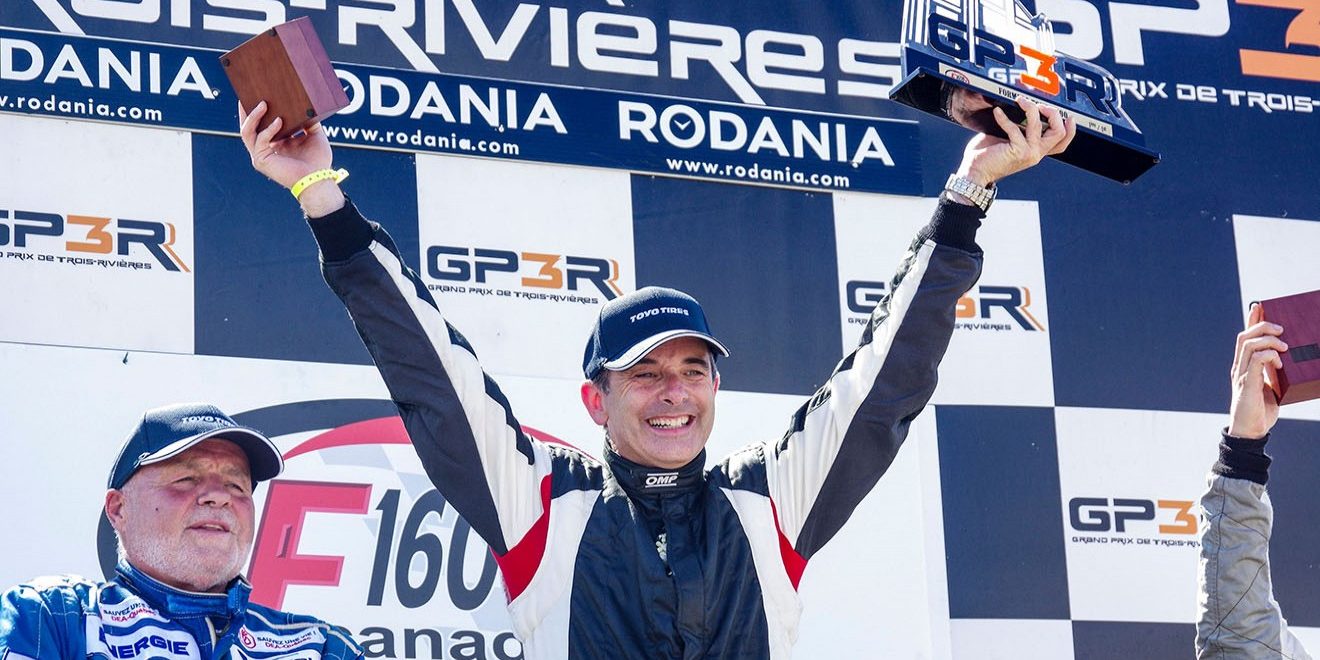 The experienced and talented racing driver Bertrand Godin blazed to victory in the Formula 1600 races at the Grand Prix de Trois-Rivières circuit.  After qualifying second following Friday’s qualification sessions, Bertrand Godin aced at keeping his Mygale # 77 / Groupe À l’infini at the front of the pack throughout the event, leading him to clinch first place at the finish line. Godin had the pleasure of sharing the podium with racing drivers Didier Schraenen and Guillaume Archambault.

Bertrand Godin added another triumph to his already impressive car racing resume by successfully reaching the finish line before his rivals during the single-seater Formula 1600 series Championship. This was his very first win at the Grand Prix de Trois-Rivières.

Ranked second during the first race, Godin didn’t have much luck on Friday when his Mygale lost its left rear wheel leading him to a full course yellow pulling him way behind his rivals before Saturday morning’s second race. However, the old-timer pilot succeeded in gaining a maximum of points during this race’s second round which propelled him into first place on the podium after Saturday afternoon’s third and final race.

Launch of the pocket squares collection
19 May 2019